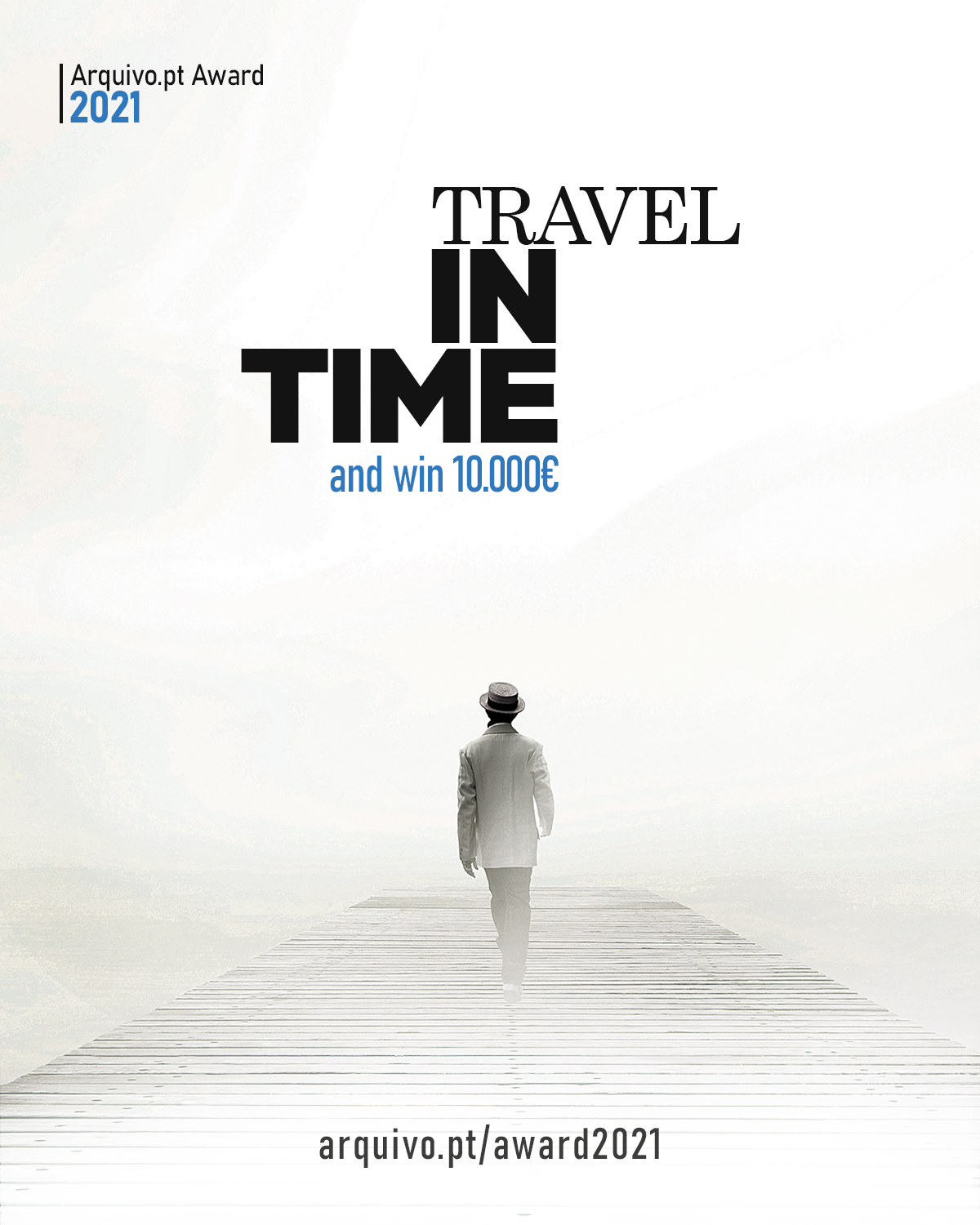 The winners of the Arquivo.pt 2020 Award was announced by the Público newspaper, the official media partner of this year’s edition, which granted an honorable mention to the best work based on the contents of the newspaper. 26 candidate works were received.

The award ceremony toke place during Science 2021 – Meeting with Science and Technology, june 30, at the Lisbon Congress Center.

The winner of the 10,000 euros prize was the work “Major Minors” by Paulo Martins e Leandro Costa.

“Major Minors” is an Ontology of press clippings from Portuguese newspapers with reference to social minorities.

The 2nd prize in the amount of 3,000 euros was awarded to the work “Politiquices” developed by David Batista.

“Politquices” is a Web application that allows searching support or opposition relations between political personalities and parties expressed in news headlines preserved at Arquivo.pt.

This interface makes it possible to analyse the relationship of support or opposition between two political personalities or organisations.

As a result we have a Web interface that allows interactively visualising, for example, the space occupied by the images on the Público newspaper front page.