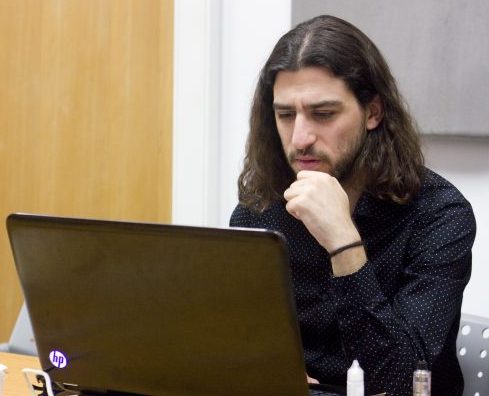 Short link to this page: arquivo.pt/straightedgeen

The beginning of Straight-Edge

Based on Arquivo.pt, this project proposes a study of the emergence of a suburban culture connected to Punk/Hardcore in Lisbon’s metropolitan area: Straight-Edge. Born during the early 80s in the United States, Straight-Edge was opposed to the nihilist lifestyle that characterized most punks, marked by the consumption of drugs, alcohol and other behaviours considered self-destructive.

Straight-Edge people advocated a life free of drugs, alcohol and tobacco, and many of them adopted vegetarianism or veganism as a diet, motivated equally by “puritan” factors but, above all, by the fight against animal exploitation.

The explosion of Straight Edge in Portugal

In the mid-90s, there was a significant growth of this culture in Portugal, , especially in Greater Lisbon, gathering an increasing community and giving their bands and main agents visibility. The use of the internet as a means of communication and disclosure of the ideals that oriented the life style contributed to the speed of that growth and the impact it came to have in the years following its emergence.

Practically invisible in the mainstream media and based in a Do It Yourself ethic, without any kind of organization or institutional intermediation, and thus solely dependent on the activity of its members, this study will be based in the online presence, namely in the websites existent between the late 90s and the first years of the 21st century, which were recovered and made accessible by Arquivo.pt.

Aims and objectives of the research project

The research will look to identify the main characteristics of Straight-Edge culture in Portugal and inquire about its presence and impact in Portuguese society, both through the connections it established with other cultural, social and political movements, as well as through the analysis of its continuity and influence in the cultural field.

In a broader perspective, this study aims to question the forms of suburban sociability and begin the study of the idea of suburb, identifying some of its specificities and exploring its importance in Portuguese society, especially since the post-revolutionary period.